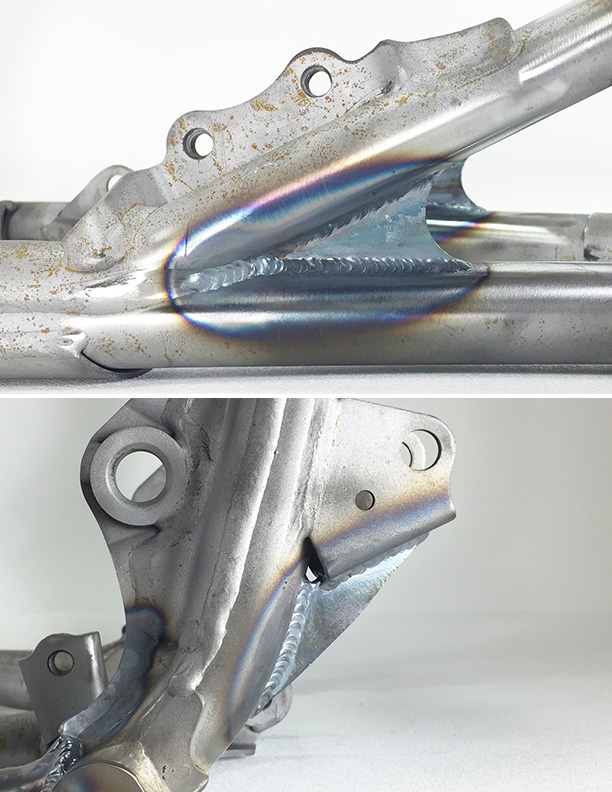 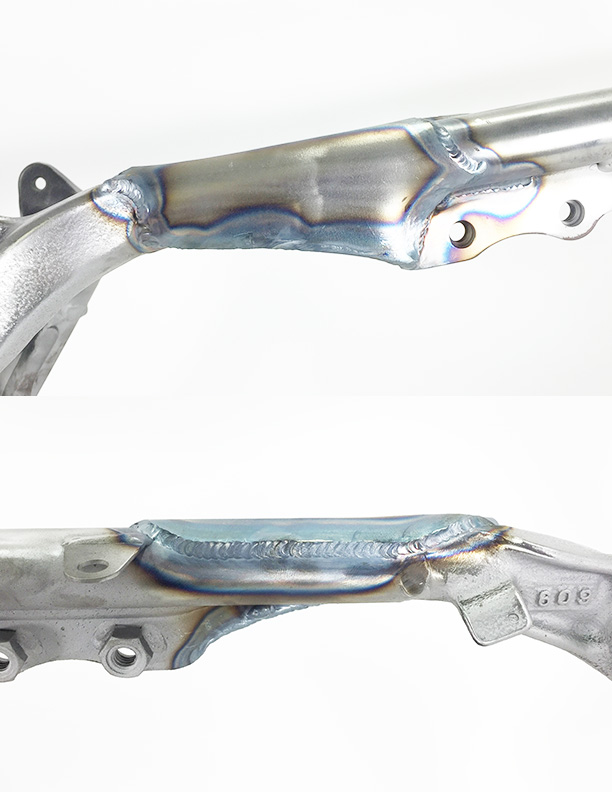 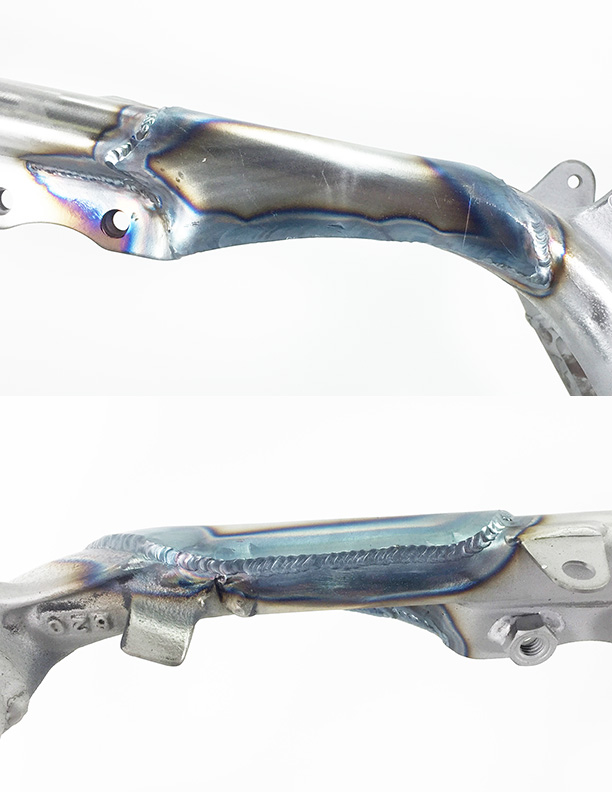 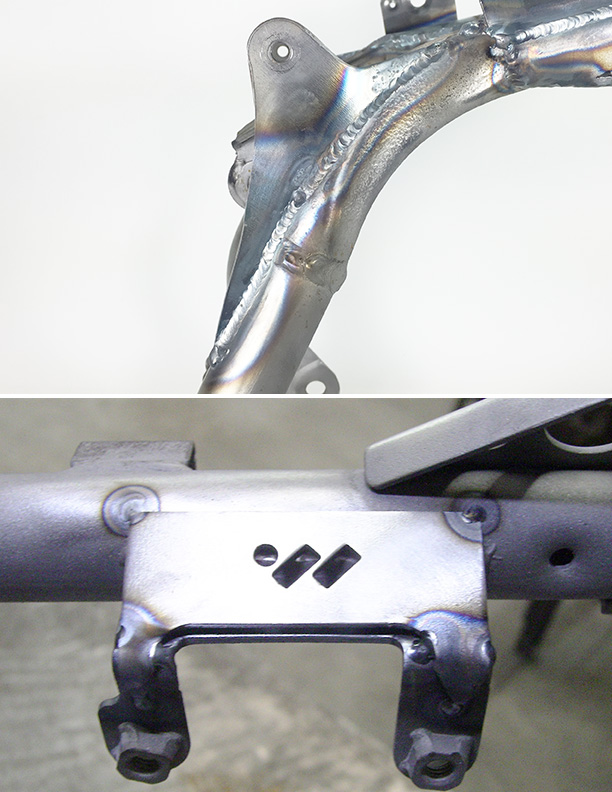 ) Weld gusset in the center of the fuel tank rear bracket

) Install fuel tank, plastic gas tank cover (make sure the tank cover is all the way back for proper alignment of ‘filler neck’ and plastic) front plastics and subframe, as well as grab bar, fender brackets and kick starter.

) Rear plastics will need to be trimmed to clear kick start area as well as the rear of the rear plastics for the Pro-Pin Seat Receptacles. Rear fender cross strap will also need to be removed to clear air intake boot (mock up all fenders and trim to fit)

) Install air intake boot and trim the top of the air box to clear the seat pan. (Walsh Front Seat Post Mounts on subframe will need to be placed in the middle to upper position for proper seat fitment, bottom rear of air box should also be trimmed to clear rear brake caliper)

) When plastics are fitted to the frame, tack on the supplied 6mm bungs on frame rail to mount the front of the rear fender to the frame rail in place of the old ‘push in’ rubber mounted heat shield clips, drill fender to secure fenders to frame.

) Position and tack the supplied dzues tabs at the rear of the frame to further secure rear plastics to frame around kick starter area on both sides of the quad.

) Drill mounts for recovery bottle, horizontally in the center of front shock tower or inside of right radiator shroud 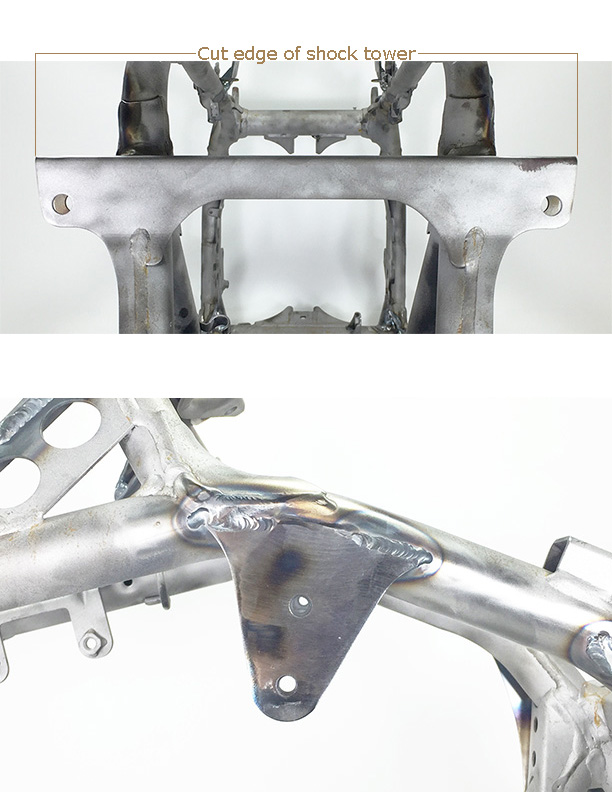 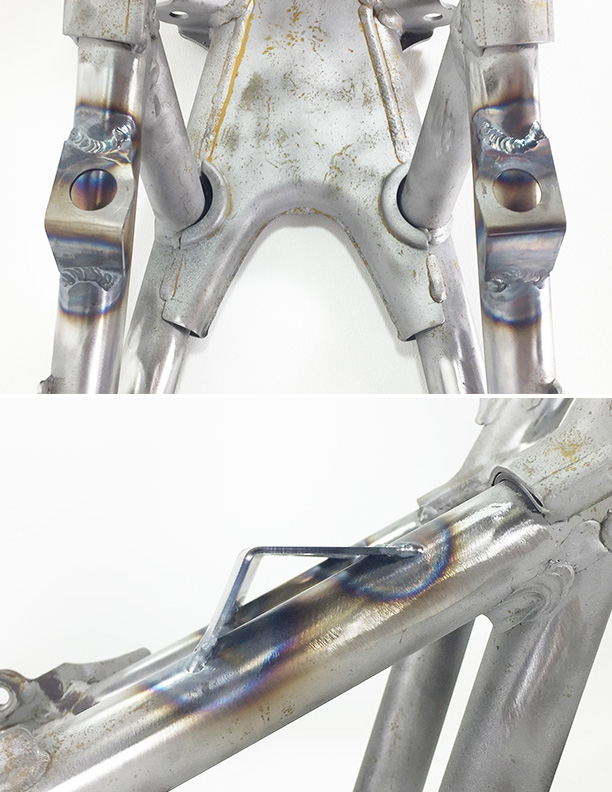 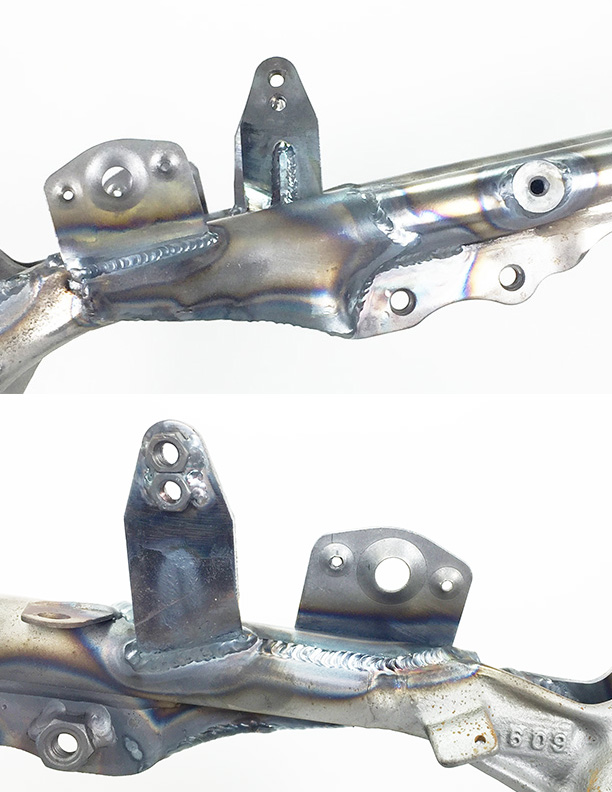